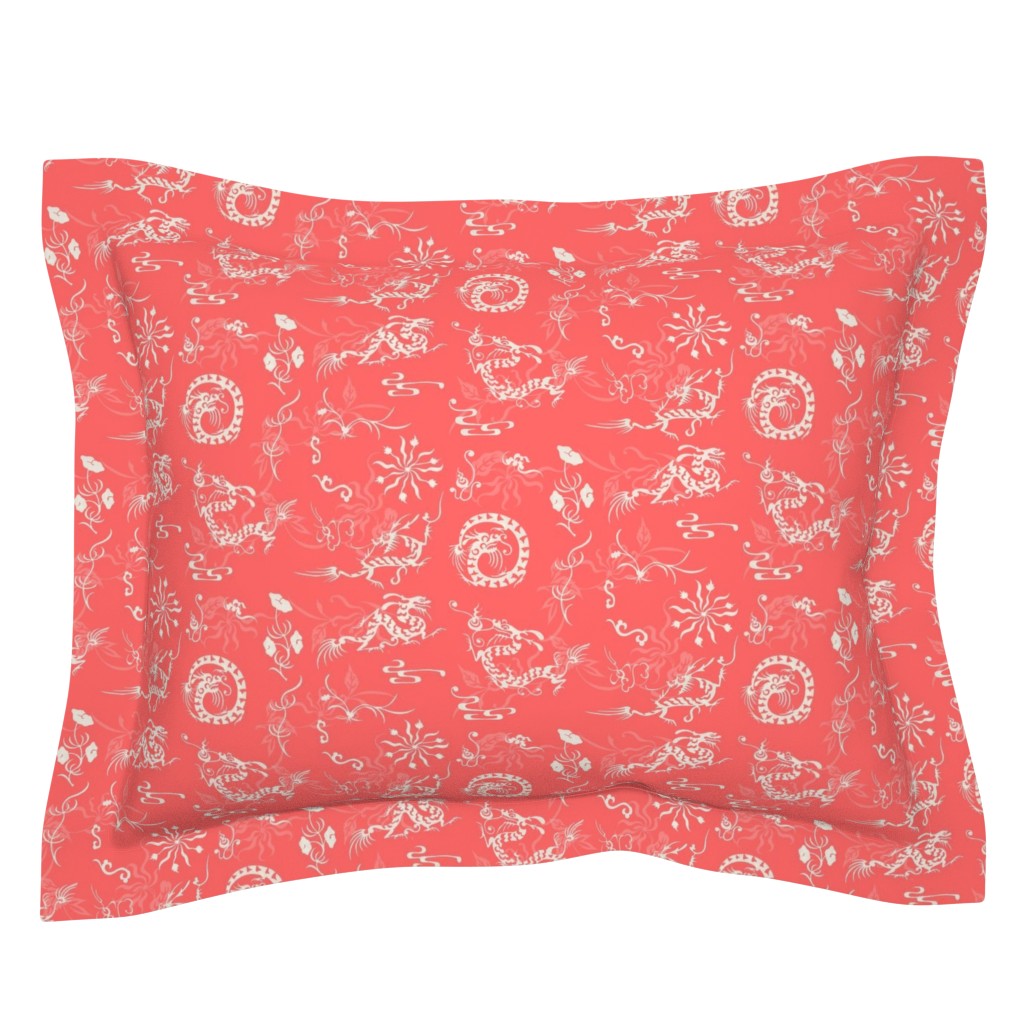 The Sebright pillow sham is a soft 100% natural cotton sateen pillow cover. With its distinctive flanged edge detail, it's a great way to bring one-of-a-kind pattern and color to your bedroom. Mix-and-match with the Wyandotte duvet cover for a truly unique and layered bedscape.

The Sebright sham features a 2” flanged edge, a sturdy envelope closure in the back, and your selected pattern on both front and back.

Pillow/filling not included. Each pillow sham is designed by independent designers, from around the world, and printed and sewn in the USA.

Images included in this design symbolize elements of the ancient legend: grass, dragons with pearls as depicted on Chinese porcelain, and the river.

This ancient fable begins with a poor boy who went into the countryside each day to cut grass and grains for himself and his mother. Drought in the land made life difficult. Walking next to a dry stream, he finds a patch of bright green grass. Buried in the soil, he is surprised to find a beautiful pearl. It gleamed in the sun. That evening he showed the pearl to his mother and they decide to keep it to have something beautiful in their lives. They put into their rice jar for safe keeping. The next morning, the jar was full of rice. The following day, the jar was full once more. That night, they put the pearl in their money box. In the morning, the box was full of coins. They no longer had worries and shared their fortune with friends, but their wealth was noticed by a greedy man who tried to take the pearl. The young boy swallowed it before the man could grab it. Thunder sounded, lightening flashed and rain poured from the sky. The boy began to grow larger and scales appeared on his back. His mother watched her boy become a dragon. The rain kept coming and the dragon became the guardian of the river. Each day, until she died, his mother visited with the dragon at the river bank.

100% Cotton Sateen - Cotton sateen that softens with each wash. All natural fabric is perfect for breathable, cozy bedding. 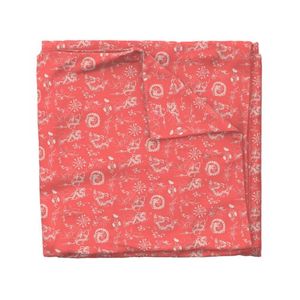 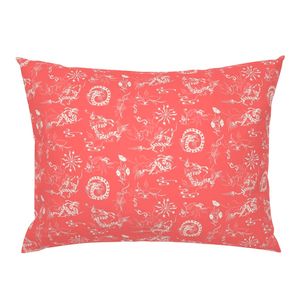 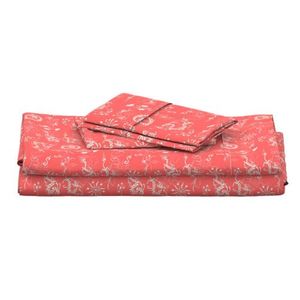 Sheet Sets
See all products in all categories